But, you can slap the best CPU and the best graphics card into your computer, and your gameplay experience is still only going to look as good as your monitor allows. Hardcore gamers may sacrifice some visuals for higher frame rates, and budget shoppers sacrifice quality for a good price. But, the balance feels off with the S2419HGF gaming monitor.

The best of the Dell 24 Gaming Monitor shows in the design department. It’s quick and easy to put together, and the stand offers so much flexibility for positioning, we have no trouble finding the perfect angle for the screen. If anything helps this monitor beat the competition, it’s the design.

The stand allows us to easily raise and lower the height of the screen, tilt it up and down, swivel it, and pivot it. If we want to orient the screen vertically, it only takes seconds. The base of the stand doesn’t hog a ton of desk space, yet still feels like it’s keeping the monitor firmly planted. Plus, a circular opening in the stand is well placed for feeding cables from the various ports through to the monitor for a much tidier desk.

On the back of the monitor, there’s a pleasing amount and variety of ports. Two HDMI 1.4 ports, one DisplayPort 1.2 port, USB 3.0 pass-through for two devices, a 3.5mm headphone out jack, and a 3.5mm audio line-out jack all make it a versatile monitor. And, that USB pass-through is a lovely way to connect a keyboard and mouse, especially if we’re using the monitor with a laptop that won’t always be plugged into its peripherals. Plus, all the ports face down, so the cables won’t get mashed up against the wall behind the monitor.

A plastic bezel is about a half inch thick runs around the perimeter of the screen, leaving a small gap between the monitor edge and the active portion of the screen. We don’t find it obnoxious, but it won’t look good in a multi-monitor setup. Plus, the 27-inch model trims the top and size bezels by more than 50% while offering more screen, plus a higher resolution and 155Hz refresh rate.

Bezels-aside, the stand is stellar and the recon blue metallic finish looks slick. So, things are pretty positive for the Dell 24 Gaming Monitor until we get the screen on and get into gaming, where it impresses much less.

With the pleasing build of the Dell 24 Gaming Monitor, we almost hoped that Dell had found a way to make Full HD at 24 inches look good on a TN panel, but that was asking too much.

There is good to this monitor. For one thing, the 120Hz offers plenty smooth game visuals, and FreeSync can help avoid stuttering frames and tearing if you connect it to an either mobile or desktop AMD graphics card or Xbox One X. Plus, it only takes a few clicks of the easy-to-navigate menus to overclock to 144Hz.

Even better, our computer’s display adapter automatically notices the switch from 120Hz to 144Hz, so we don’t have to fiddle with Windows settings when we switch between the two.

In eSports titles where frame rates trump almost everything and most of the on-screen elements aren’t too tiny, the 1080p resolution is passable. Overwatch looks good, enemies are easy enough to spot, and visible pixelation around the edges of characters is easy to ignore at 120+ FPS. 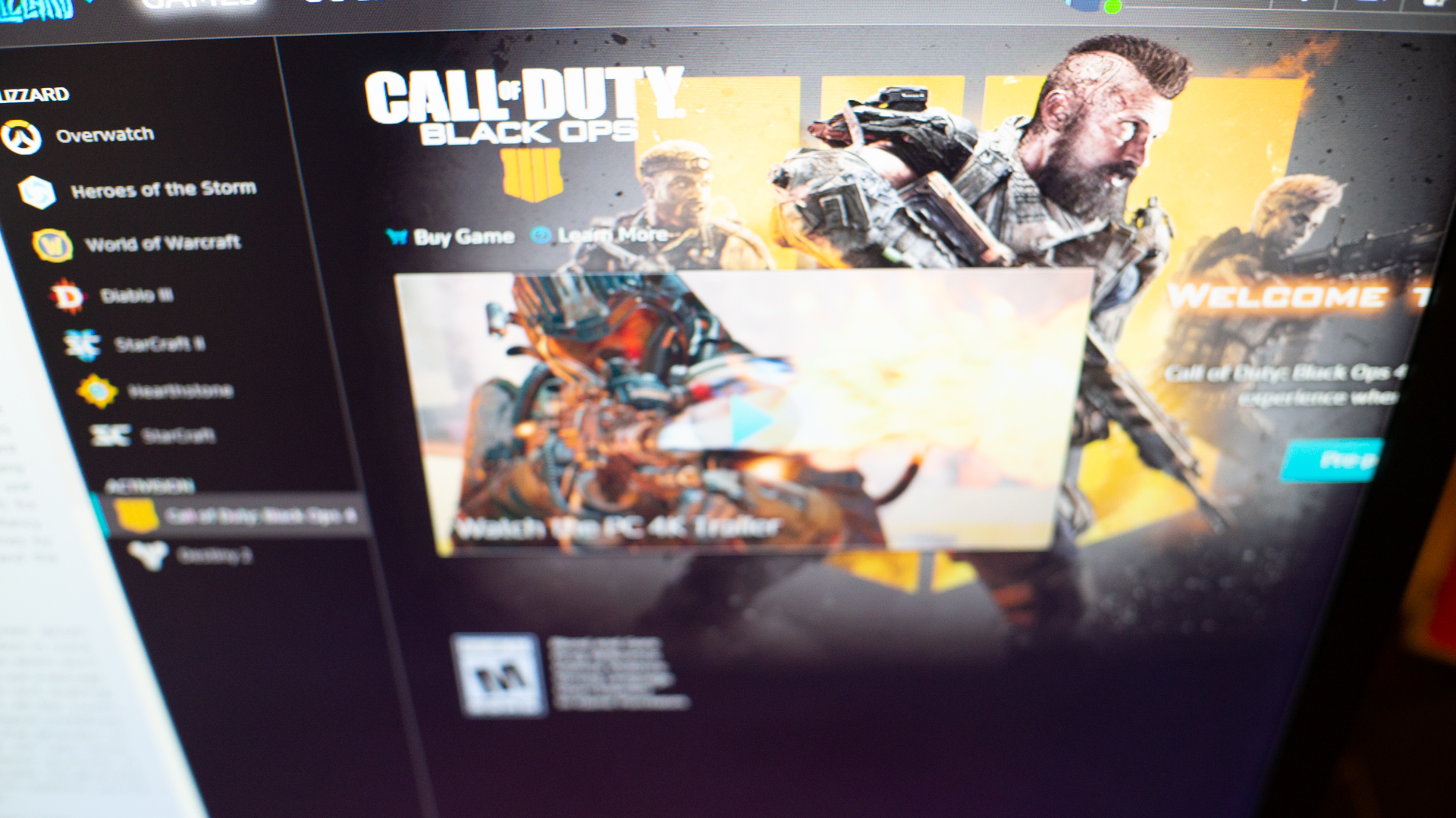 But, elsewhere it’s harder to give the screen a thumbs up. In games with sprawling levels where enemies can be so far away that they’re just a few pixels, the low resolution and pixel density are more apparent. Outside of gaming, black text on white backgrounds is hard on the eyes even with Windows’ ClearType calibrated for the monitor. The resolution doesn’t hurt when watching shows or movies, but that brings us to the next issue.

TN panels aren’t known for their great viewing angles, and this is no exception. Colors on the screen shift with only a little side-to-side movement, and viewing the screen from even slightly above ruins the picture.

The viewing angle from below doesn’t suffer as much, but the Dell 24 Gaming Monitor is only going to look good positioned directly in front and center of you. The poor viewing angles mar the vertical orientation. While this isn’t a big problem in single-player games, it is an issue for shared viewing experience. 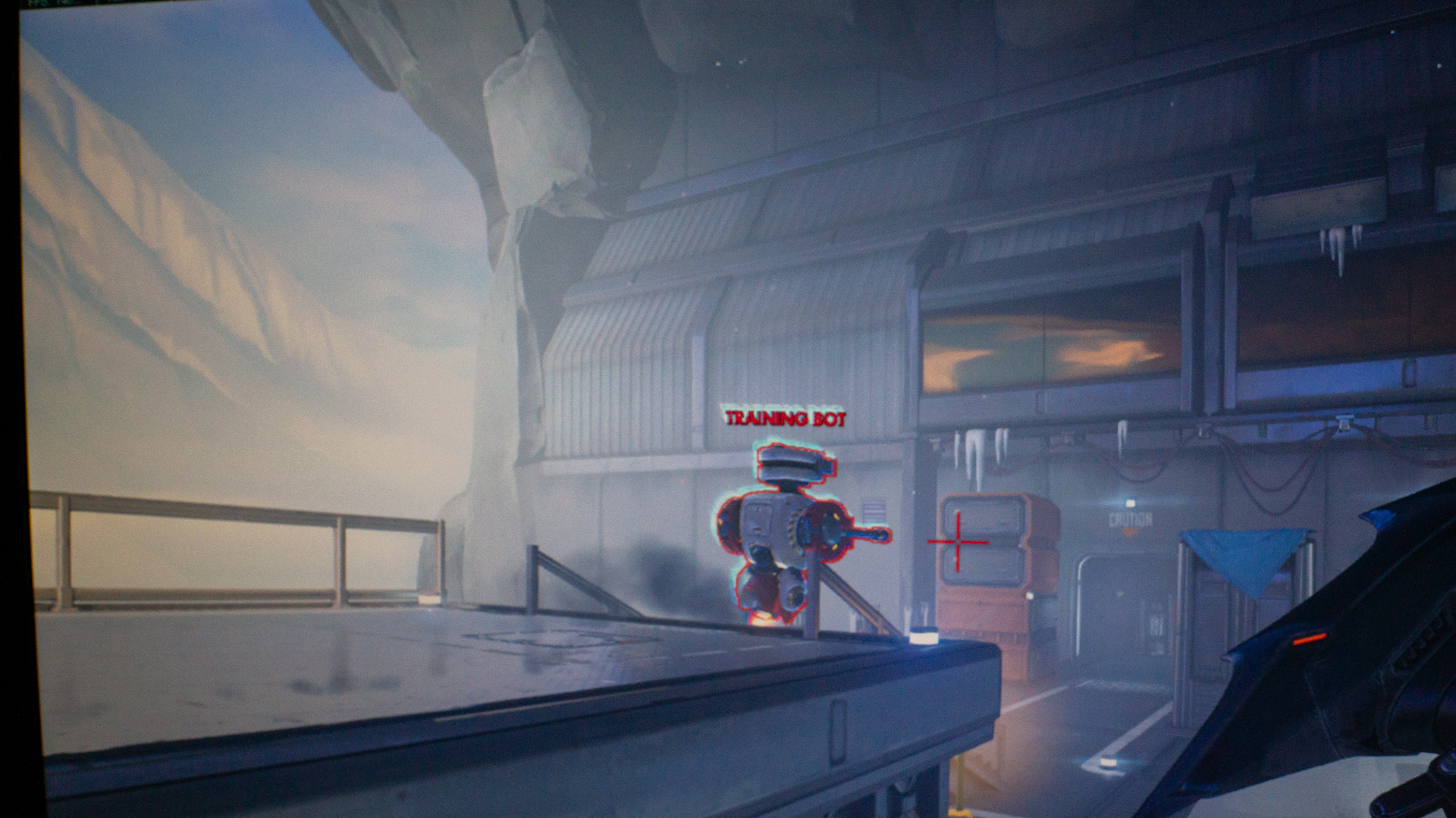 Moving into Dell’s gaming modes, things get dicier. This monitor boasts 1ms (GTG) response times, but comes set to a slower 4ms response time by default. Jumping into the menus and enabling the ‘Super Fast’ response time setting brings it to 1ms, but introduces bright white ghosting to any fast moving elements on the screen. We find games basically unplayable with this setting, and have to deal with the slower response time.

We also don’t think the various game modes, which tweak the lighting and color, improve the experience. The FPS mode makes the screen uncomfortably bright, and butchers the contrast. We prefer the standard mode, but that brings us to our big question: if the gaming features don’t help, what good do they do for this gaming monitor? 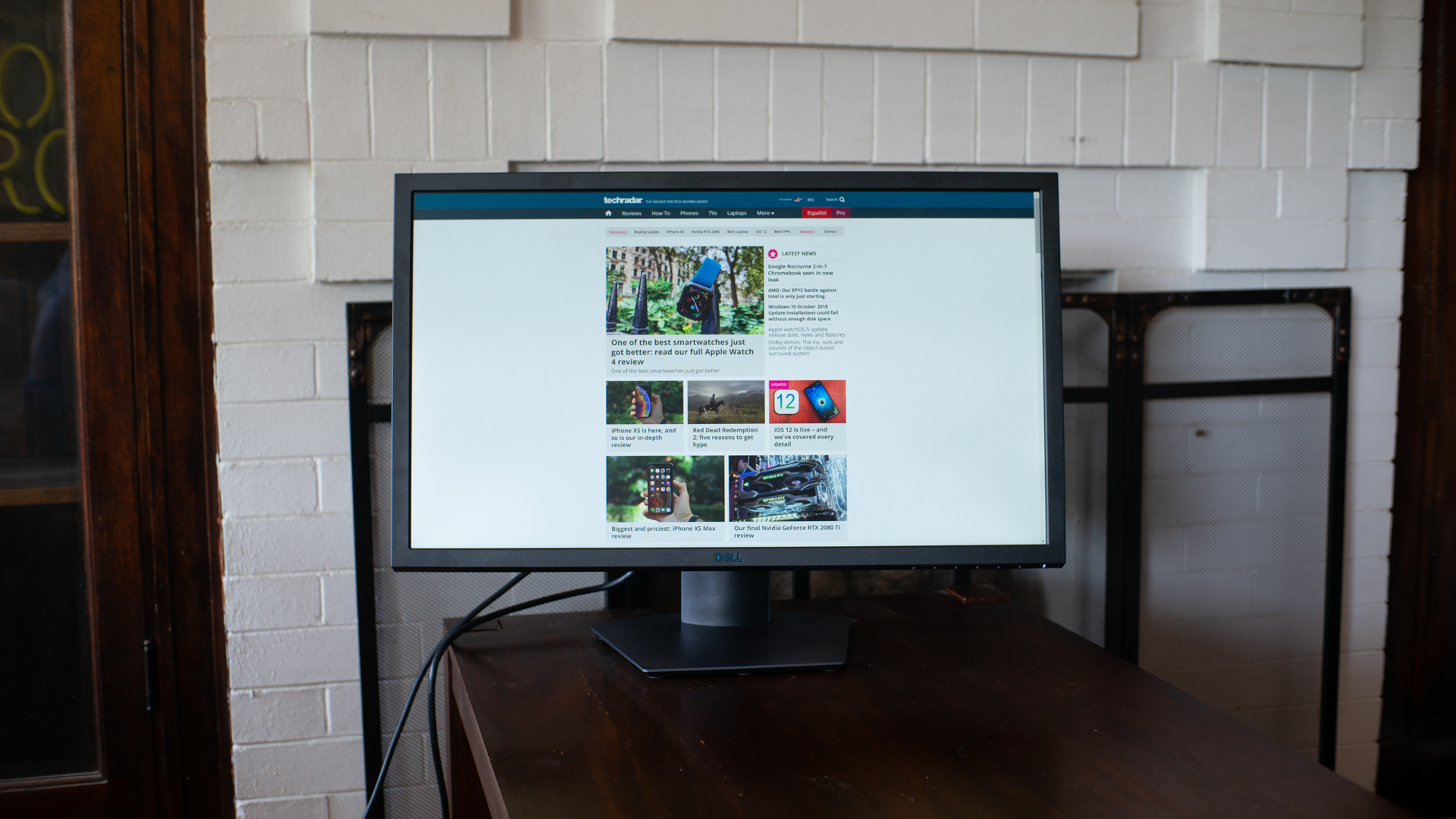 The nice construction and stand make it a real shame that the display itself doesn’t meet the same standards. It leaves us wishing we could take our preferred monitor and attach it to this stand.

While the Dell 24 Gaming Monitor is good for eSports titles, it fails to be great. There are other monitors like the Acer XG270HU that can hit 144Hz without overclocking, and that can deliver 1ms response times without trippy ghosting.

If you have the budget, there are plenty of monitors that are a step up from the Dell 24 Gaming monitor with consistently faster response times, higher resolutions, or faster refresh rates. Or, even for less, the $299 (£239, AU$449) Asus’s MG248Q offers a comparable experience to Dell’s monitor.

So, the Dell 24 Gaming Monitor is left in an awkward position where it has cheaper monitors beating it in the eSports scene, while also not being able to live up to slightly more expensive monitors for high-FPS gaming at higher resolutions.

Online or On Campus Master of Business Administration…Which one you will go for?