Lenovo’s versatile laptop-tablet hybrid featuring a ‘tear-away’ keyboard makes a welcome return in this almost identical 3rd-generation model. Just like the previous ThinkPad X1, you’re looking at a 13-inch tablet with a removable keyboard that effectively turns it into a business laptop. Just pull out the kickstand and it props up on your desk at almost any angle.

The improvements here are subtle, but significant, with the screen becoming bigger, brighter and sharper, plus there’s a quad-core processor and beefed-up overall specifications boosting the device’s performance. 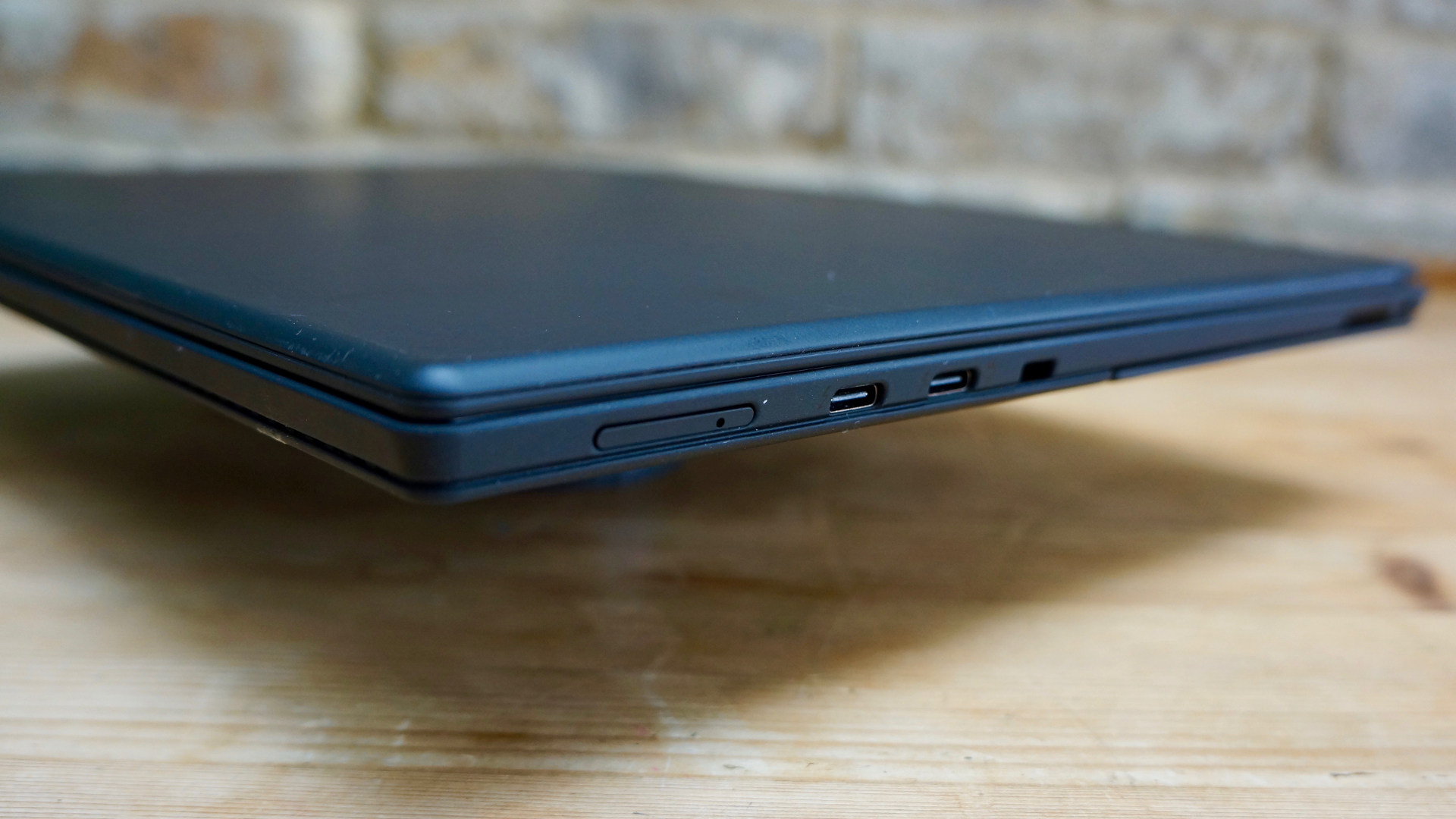 It’s hard not to be impressed by the sleek and practical design of the Lenovo ThinkPad X1 Tablet, unless you have used a Microsoft Surface Pro, that is. The Lenovo is a little larger and a little heavier than its closest competitor, so initially it’s not quite so appealing. 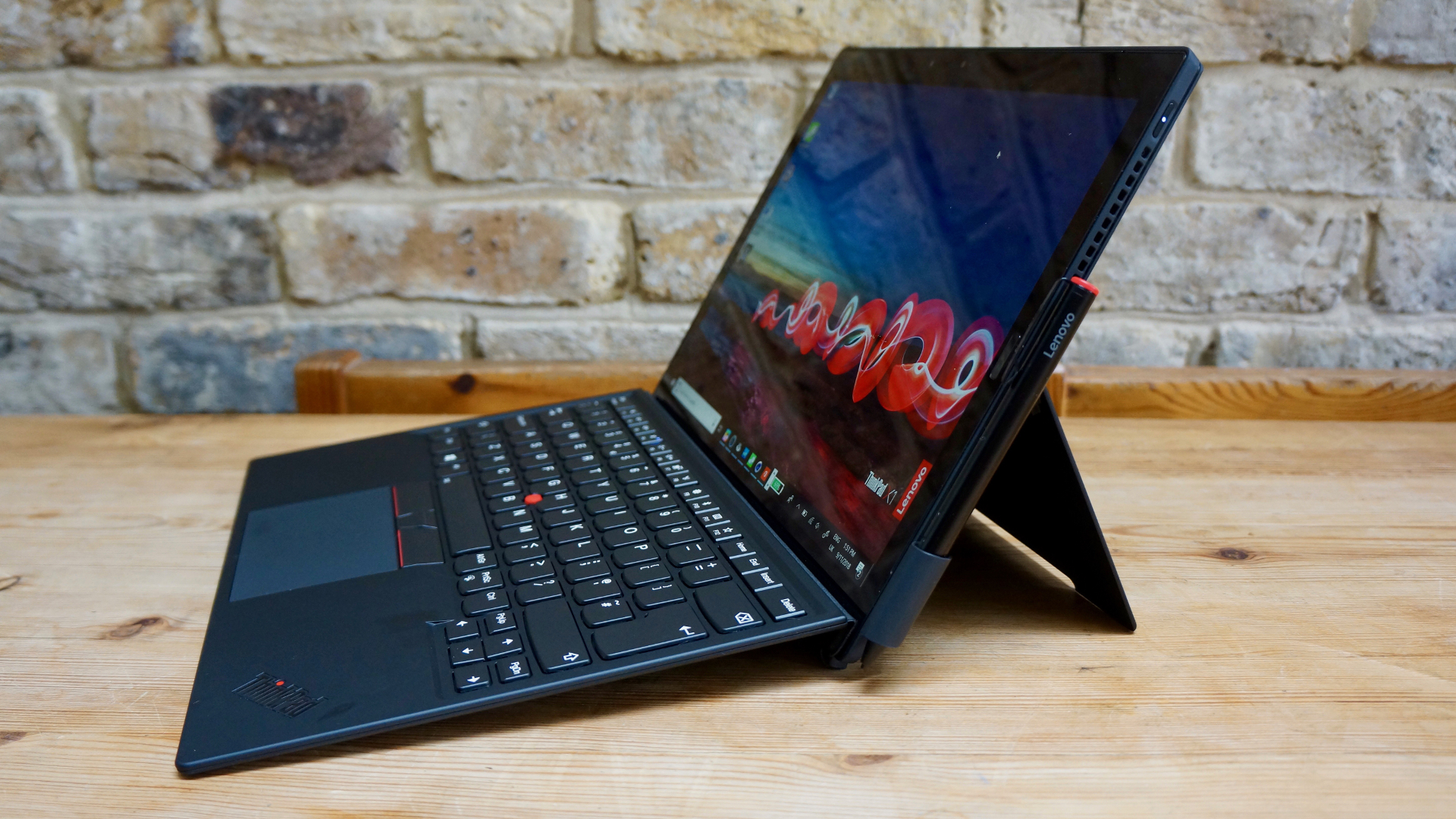 However, the ThinkPad is the more robust of the two with its aluminum, magnesium and Gorilla glass construction which achieves enough strength to withstand 12 MIL-STD 810G tests. And naturally, toughness and durability is important in a business device. It’s also quite tactile and easy to grip thanks to the matte finish that Lenovo uses on many of its portable devices. 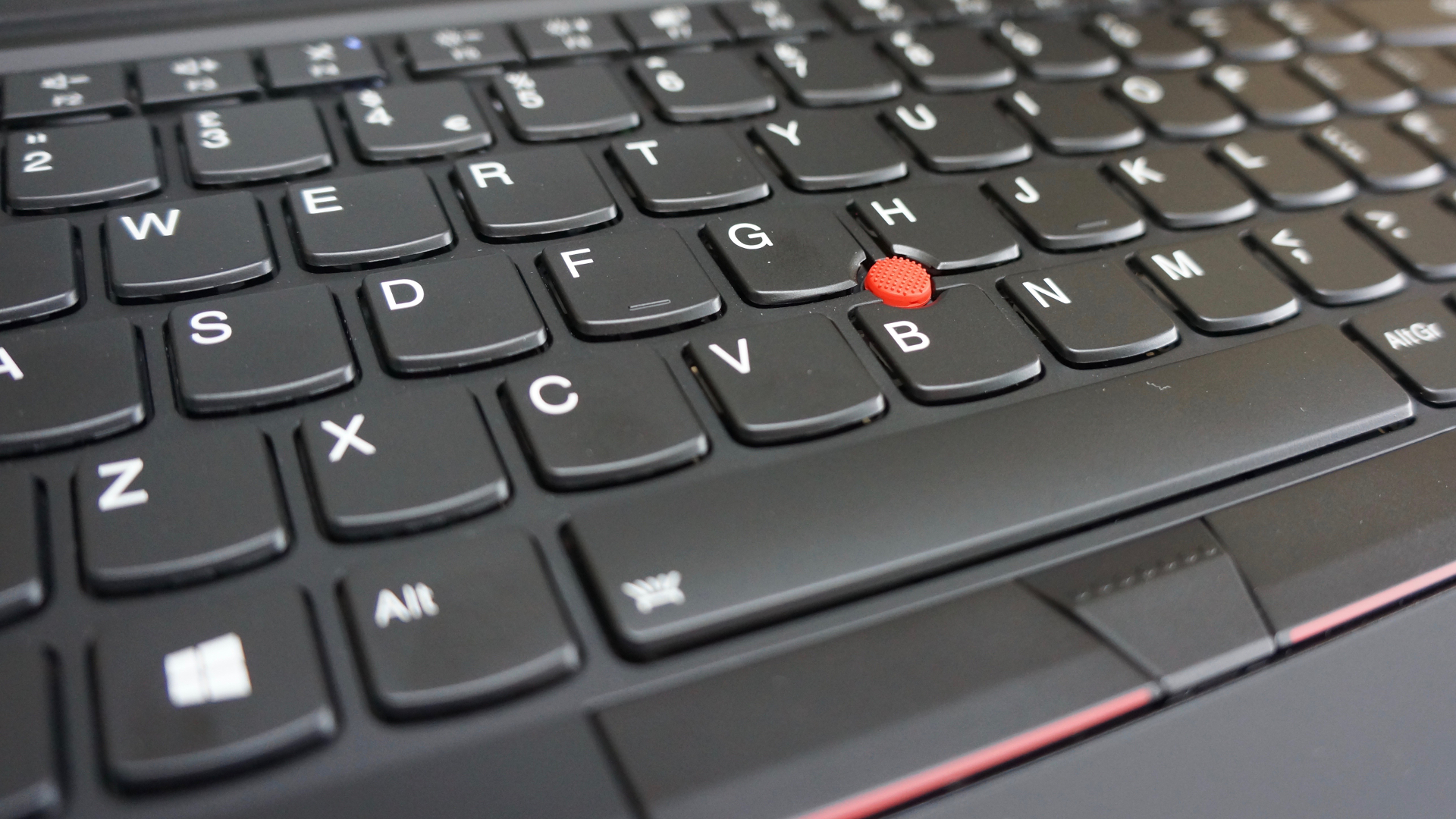 The tear-off keyboard looks the same and relies on the same strong magnets to make a reassuringly firm connection with the tablet, but it is now a little stiffer. The keys are still satisfyingly bouncy and the characteristic red pointer nub at the center of the keyboard remains. 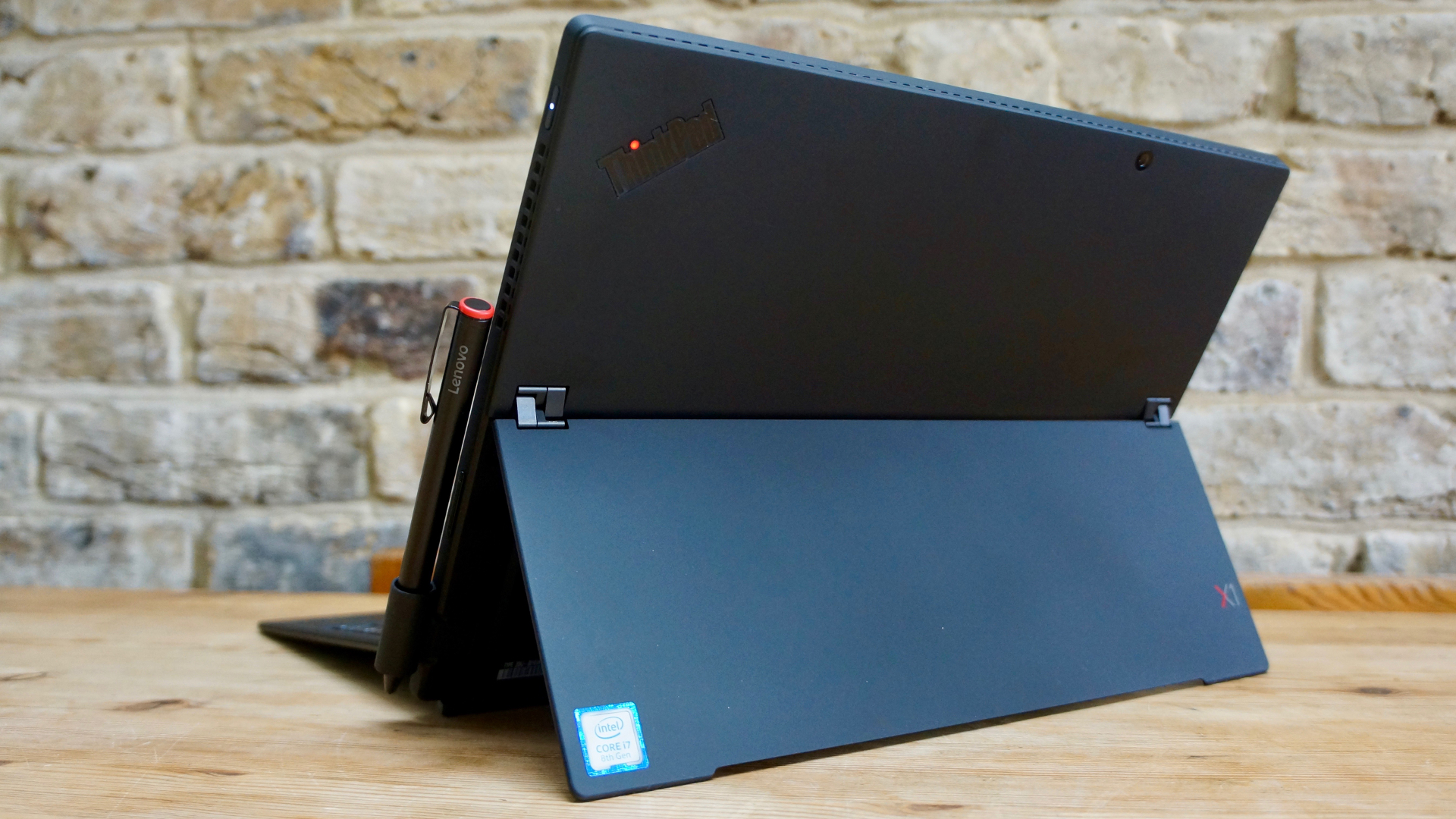 As a laptop, it’s not particularly lap-friendly because the kickstand that it leans on is simply a fin of folding metal that tends to dig into your legs, and has a tendency to slide off. The metal is a little more rounded than the previous model, but it still works better on a desk. On a hard surface you can prop it up securely at any angle between almost flat and almost vertical. 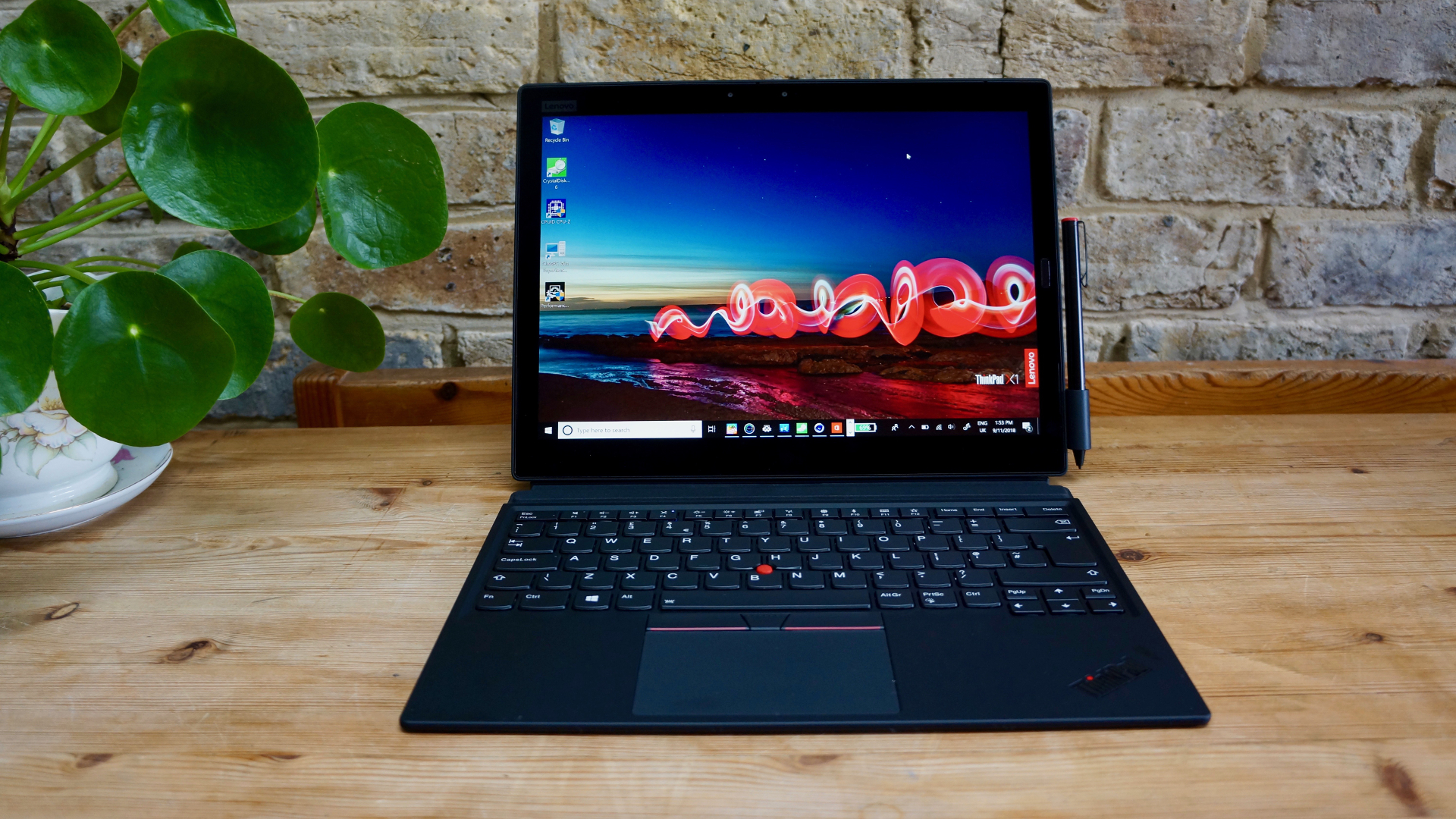 The glorious 3K-resolution screen does not run edge-to-edge. Room is left around the 3:2 display for a dual lens camera at the top and a fingerprint scanner to the side. The fingerprint sensor enables an immediate Windows Hello-style sign-in without having to type your password.

This all means the X1 Tablet is a little larger and heavier than its main rival, the Surface Pro, but it at least gives you a way to hold the device without your fingers interfering with the touchscreen. 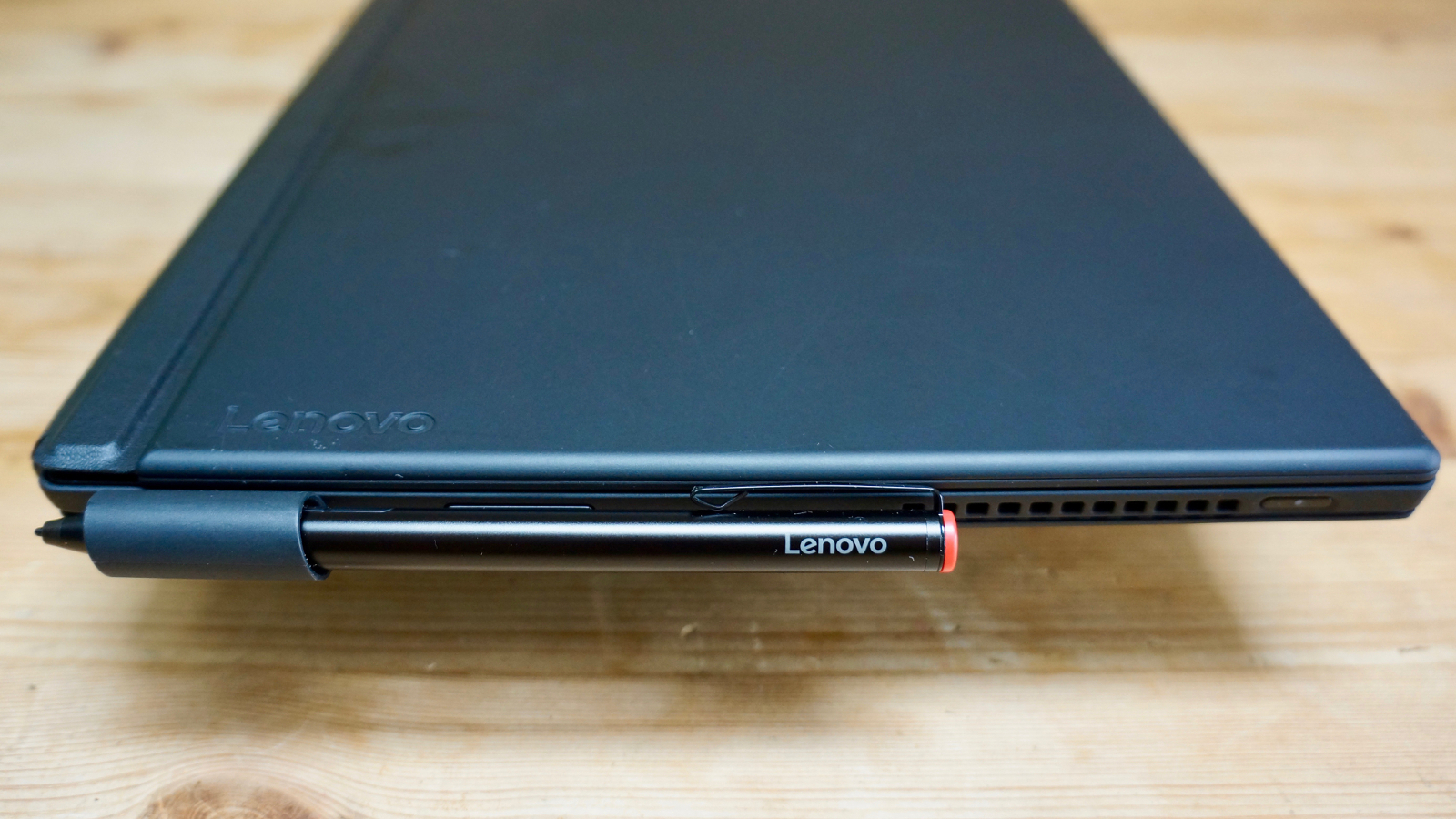 A ThinkPad Pen Pro is included along with a holder that clips into the side of the tablet. It’s perfect when you’re set up on a desk, but the pen does tend to fall out of the holder when you carry the device around. 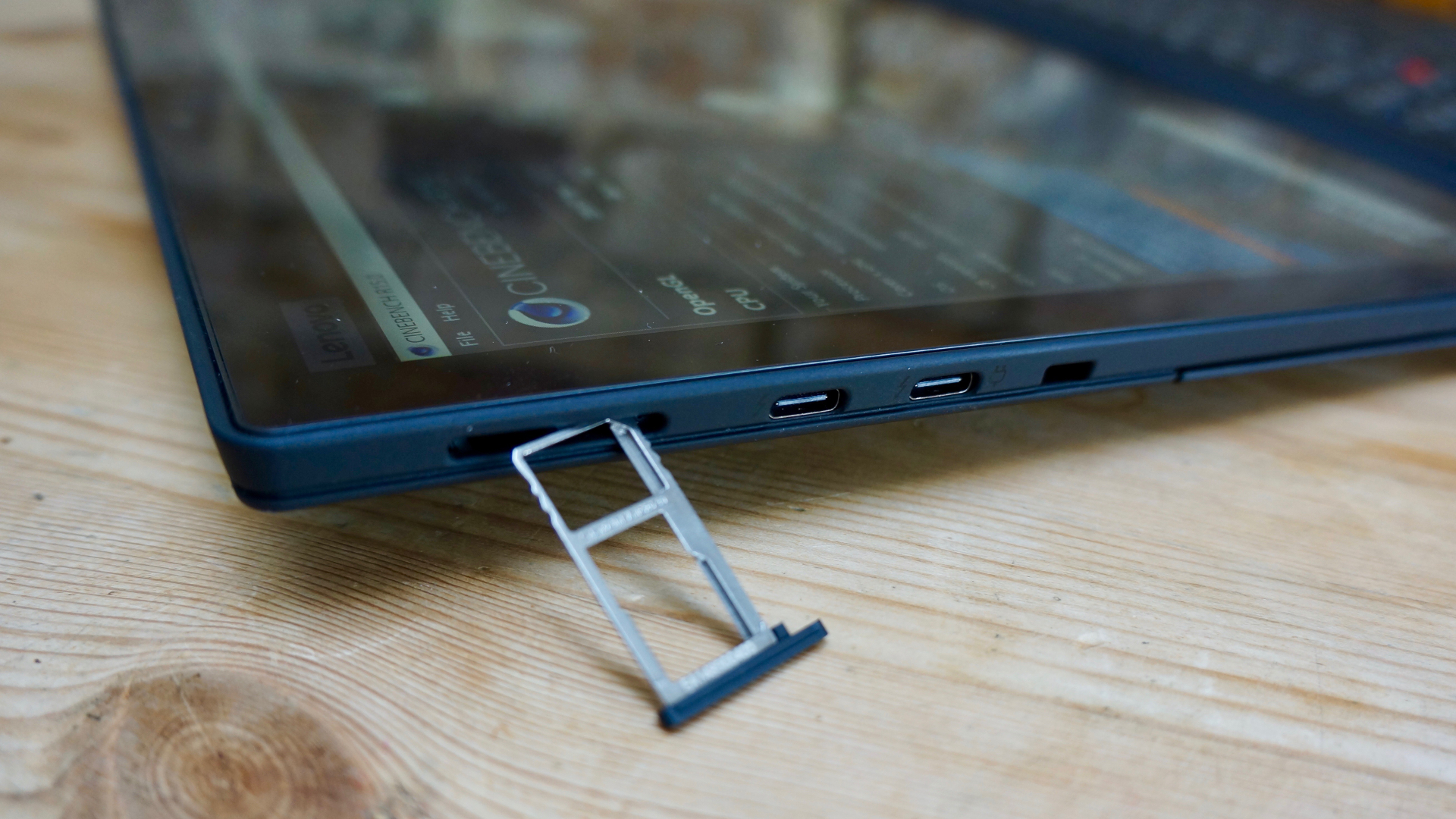 The slim selection of ports includes a headphone jack, a Nano Sim tray that can also hold a microSD card, and two USB-C ports. These are actually Thunderbolt 3 ports, which can both be used for power input, 4K display output, or high-speed data transfer. Even if you don’t have many Thunderbolt 3 devices yet, it’s the best kind of connector you could ask for.

Given its asking price, the ThinkPad X1 Tablet can be considered a high-end hybrid laptop, and it has the spec to rival the best Windows 10 tablets.

The premium model submitted to TechRadar Pro for review was loaded with an 8th-generation quad-core processor from Intel which, combined with 64GB of system RAM and a 512GB SSD, puts it on a performance par with some of the best business laptops. It certainly ranks well among rival tablets in our various benchmark tests.

It also compares favorably with its direct rival we’ve already been talking about, Microsoft’s Surface Pro. In fact it beats the current (2017) Surface Pro on almost every specification including connectivity – with not one, but two Thunderbolt 3 ports, you have greater freedom and faster data connections.

The high-spec 3K screen is best in class too. The 3,000 x 2,000-pixel resolution is not just mathematically pleasing, but also gives you a razor sharp 3:2 aspect ratio, and at 415 nits, the brightness is almost dazzling.

In terms of features, Lenovo has been generous, with not only the pen included, but also that fingerprint reader, front and back cameras, face recognition and stereo speakers. Wi-Fi and Bluetooth connectivity are built in, and as we’ve already mentioned, there’s a drawer for a Nano Sim card should you wish to go online when there are no Wi-Fi networks available.

As with previous incarnations, the 3rd-generation ThinkPad X1 Tablet feels like a truly flexible tool for the mobile worker. With the well-designed keyboard attached it sits very happily on a desk, and has all the right connections available. Rip away the keyboard and you have a generously sized and well-specified Windows 10 tablet with a dazzlingly crisp and bright screen.

As a business laptop, it’s powerful and fairly robust, and comes with reassuring service support. There’s some bloatware, like Candy Crush Soda Saga preinstalled, but that didn’t stop Windows 10 Pro running multiple apps without a single hitch during our testing.

Sure, it would have been convenient to have a USB 3.0 port alongside the two Thunderbolt 3 connectors, and the internal speakers are pretty quiet, but we would rather that than have a bulkier device. The power button is also frustratingly small and difficult to press because it is slightly recessed.

As a tablet, the ThinkPad X1 is more impressive. There’s no ignoring its vivid 3K display, which really flatters your 3:2 photos, while the bundled stylus works seamlessly with creative apps like Paint 3D. The incorporation of Intel’s quad-core processor with a generous helping of system RAM ensures that things never grind to a halt, or even slow down when you’re multitasking. 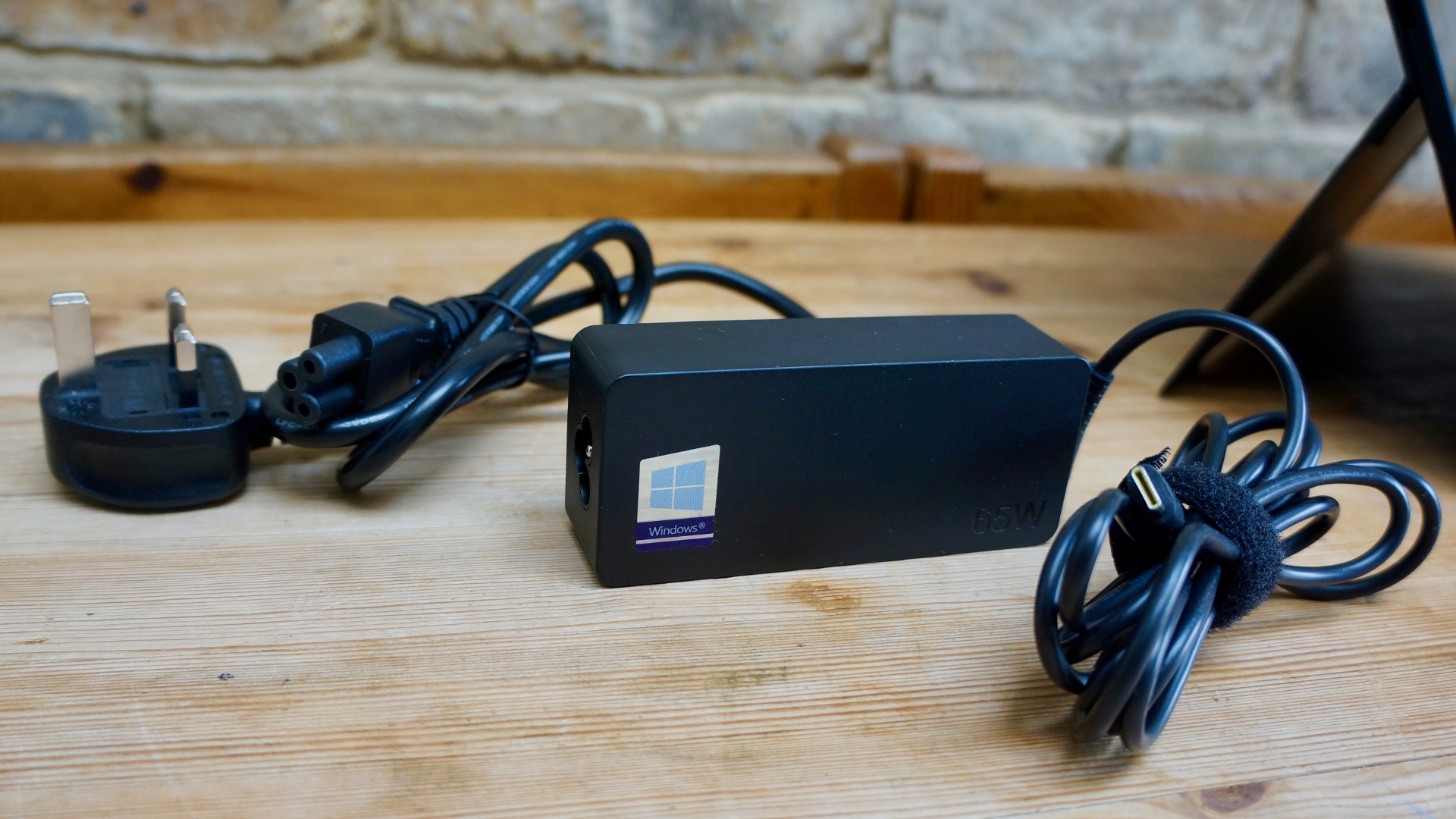 The limiting factor now seems to be the battery, which has improved since the 2nd-gen model, but still struggles to last a full day of intense use. It seems you still can’t leave behind the cumbersome power brick transformer that comes with this device. 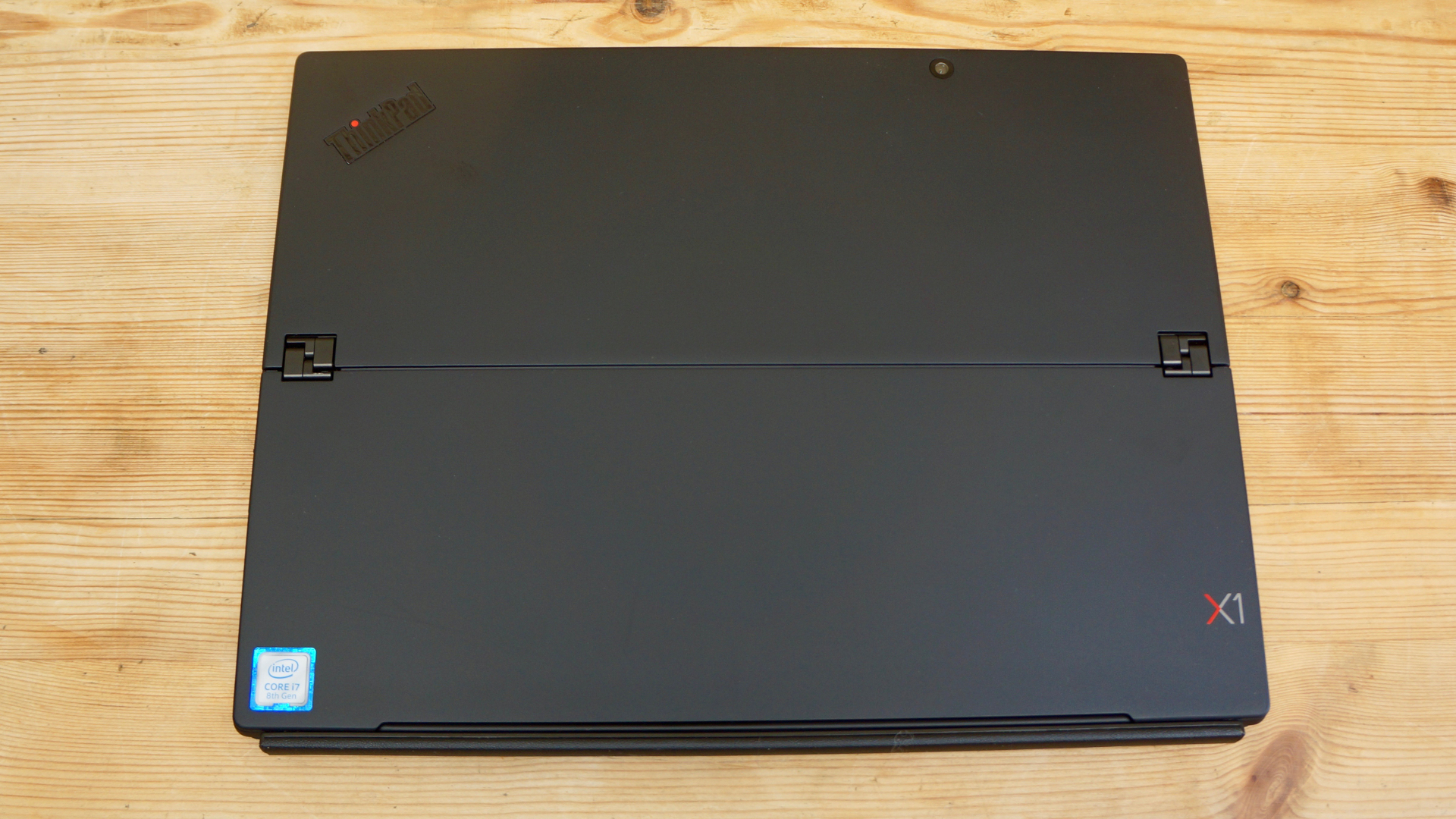 For most of us, there are times when a laptop is essential, and other occasions when a tablet would be an advantage, so to have both options in the same device is an appealing proposition – so long as both solutions are up to the job.

The ThinkPad X1 Tablet is as uncompromising in its design and build quality as it is in its specification, and given that the stylus is included and you won’t necessarily need a case – or additional modules – it seems like a fair enough asking price too. 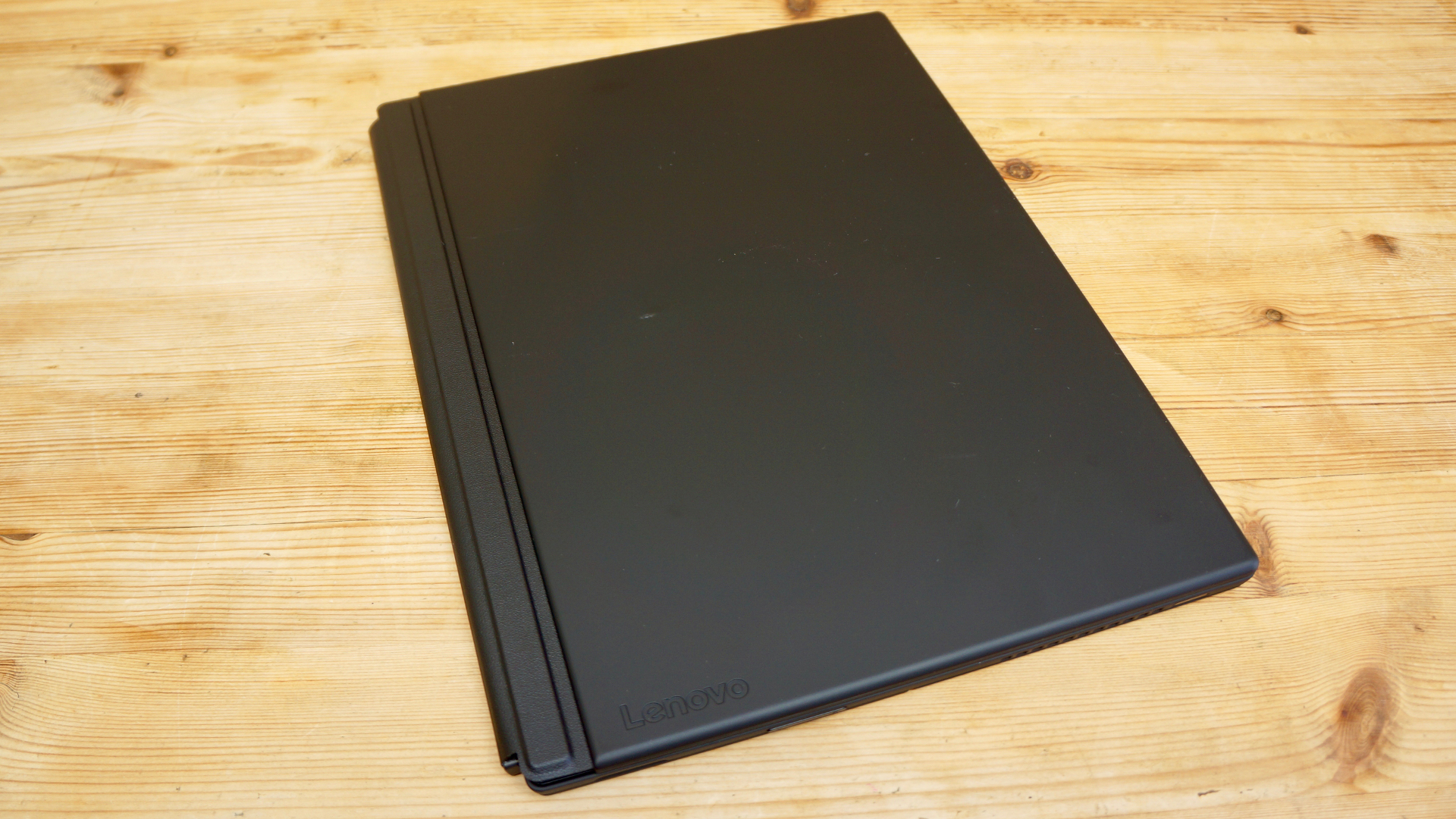 It’s a pity the battery still struggles to manage a full day of heavy use, and that the integrated speakers aren’t a little louder, but these are minor grumbles. We have no hesitation in recommending the new Lenovo ThinkPad X1 Tablet for work, or indeed play.

Supplements: Are They Right for You and You for Them?

All You Want to Know About Alienware m15

10 New Ways For Men To Style Their Cardigan