A great product is often down to a combination of decent – but not cutting-edge – parts and keen pricing. That’s exactly what the Beelink M1 Mini PC tries to achieve by bringing together components that hit an optimal price/performance sweet spot.

Beelink might not be as well-known as some of its Chinese rivals, and that’s down to the fact that this manufacturer purely focuses on TV boxes or mini PCs (like the BT7 or the tiny A1), a small but growing segment of the (dwindling) traditional personal computer market, running either Windows or Android.

We’ve seen the chassis of the M1 many a time in the past and it is a tried-and-tested formula. It’s a combination of metal and plastic – featuring an attractive blue color theme – with four rubber feet allowing air to flow freely below the base. Despite getting slightly warm, there’s no fan as the unit is passively cooled. That’s great if you want to use it in quiet settings like meeting rooms.

Like most of the competition, the M1 sits comfortably in your palm with a volume of less than half a liter (its dimensions are 115 x 115 x 25mm). Other than the Beelink logo on top (on a honeycomb background), there’s the usual assortment of connectors and buttons: a reset button, the power port, a VGA port, HDMI 2.0, a Gigabit LAN connector, three USB 3.0 ports and an earphone jack plus an SD card reader and a blue status light. 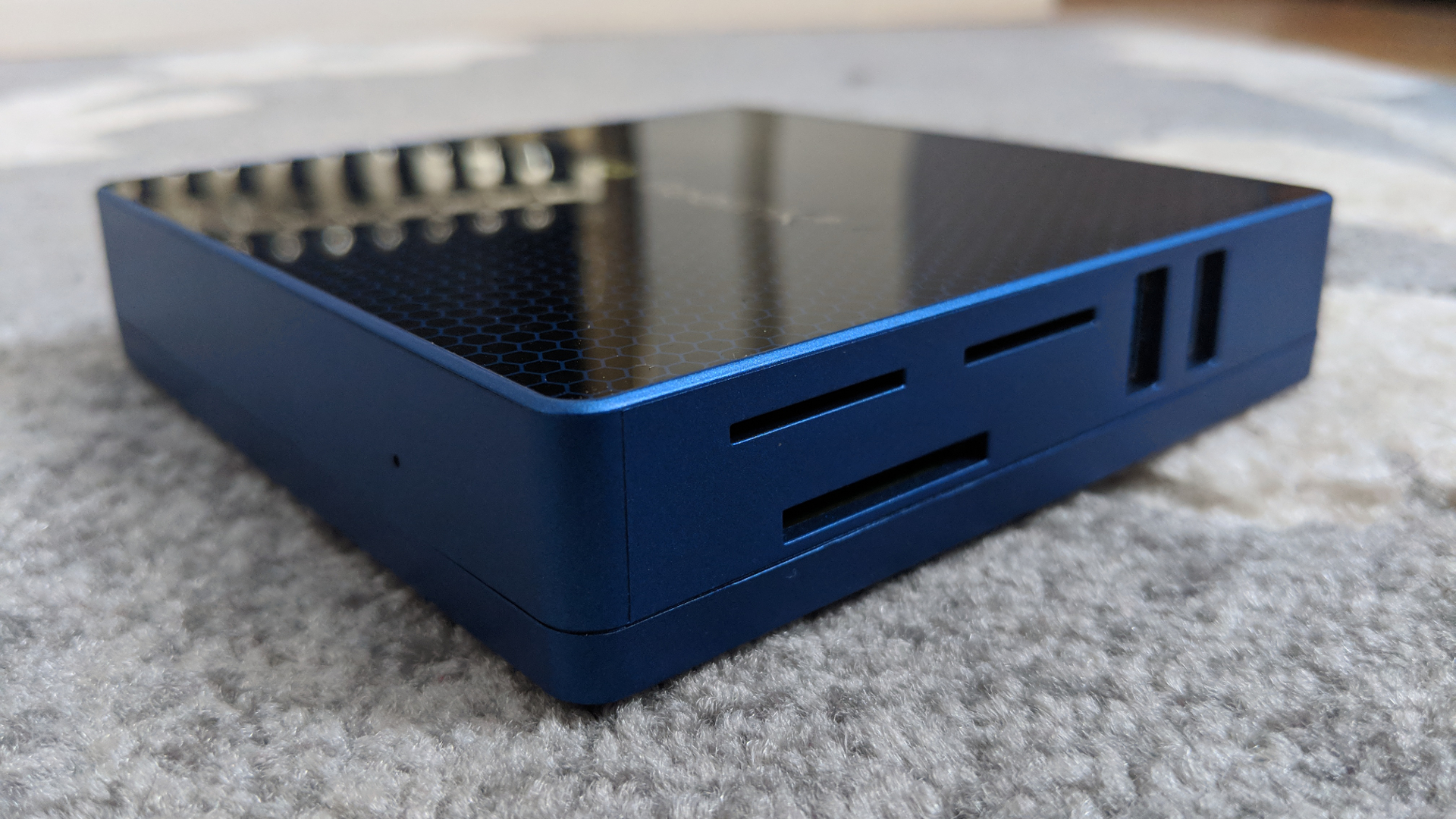 This Mini PC was released late last year so the presence of an older Intel Celeron N3450 (Apollo Lake) processor is not surprising. What is surprising at this price range is the 6GB of system memory – that’s 50% more than the competition. It should make multitasking and running memory-hungry applications easier.

You won’t be able to upgrade the on-board storage easily, which is a shame. Other devices, like the Chuwi GBox, offer the option to add an extra SATA-based 2.5-inch drive, either a hard disk or SSD. If you’re adventurous, though, you can pry open the M1 and plug an M.2 SSD into the available free slot.

The Beelink M1 supports 802.11ac Wi-Fi out of the box (thanks to an Intel AC3165 chip) and comes with Bluetooth, plus there’s a Gigabit Ethernet connector as mentioned previously.

Let’s cut to the chase: the biggest performance issue we encountered with the M1 was the storage, where the device recorded some of the lowest numbers we’ve seen in our two key storage benchmarks.

The SanDisk DF4064 eMMC storage module that comes with the M1 posted results that were well off what we’d expect from this popular storage alternative (which is also present in the Jumper EZpad 6 Plus or the Chuwi SurBook Mini). We don’t know why this happened, and will investigate further.

In real life though, you shouldn’t notice much performance drop in popular office applications (Microsoft Office, for example, or Google’s Chrome web browser) as they do not perform a lot of disk access. We’re still puzzled as to what might cause such a worrying drop in numbers with the M1.

The Beelink M1 has a rarely seen set of features at a price that’s hard to beat. So it’s no surprise that there aren’t many rivals to the device.

The Beelink AP34 Pro is its biggest competitor – at the same price of $160 (around £123), it has the same Apollo Lake CPU and the same amount of memory and storage. However, with four USB 3.0 ports, two HDMI connectors and an external antenna, it might be a better choice for those looking for features rather than pure grunt.

Another Beelink PC, the S2, offers a potent option as well. It is slightly more expensive and has only 4GB of RAM, but is equipped with a newer, more capable CPU – the N4100 – along with two HDMI ports, a mounting bracket, space for an additional hard drive and a USB Type-C connector. 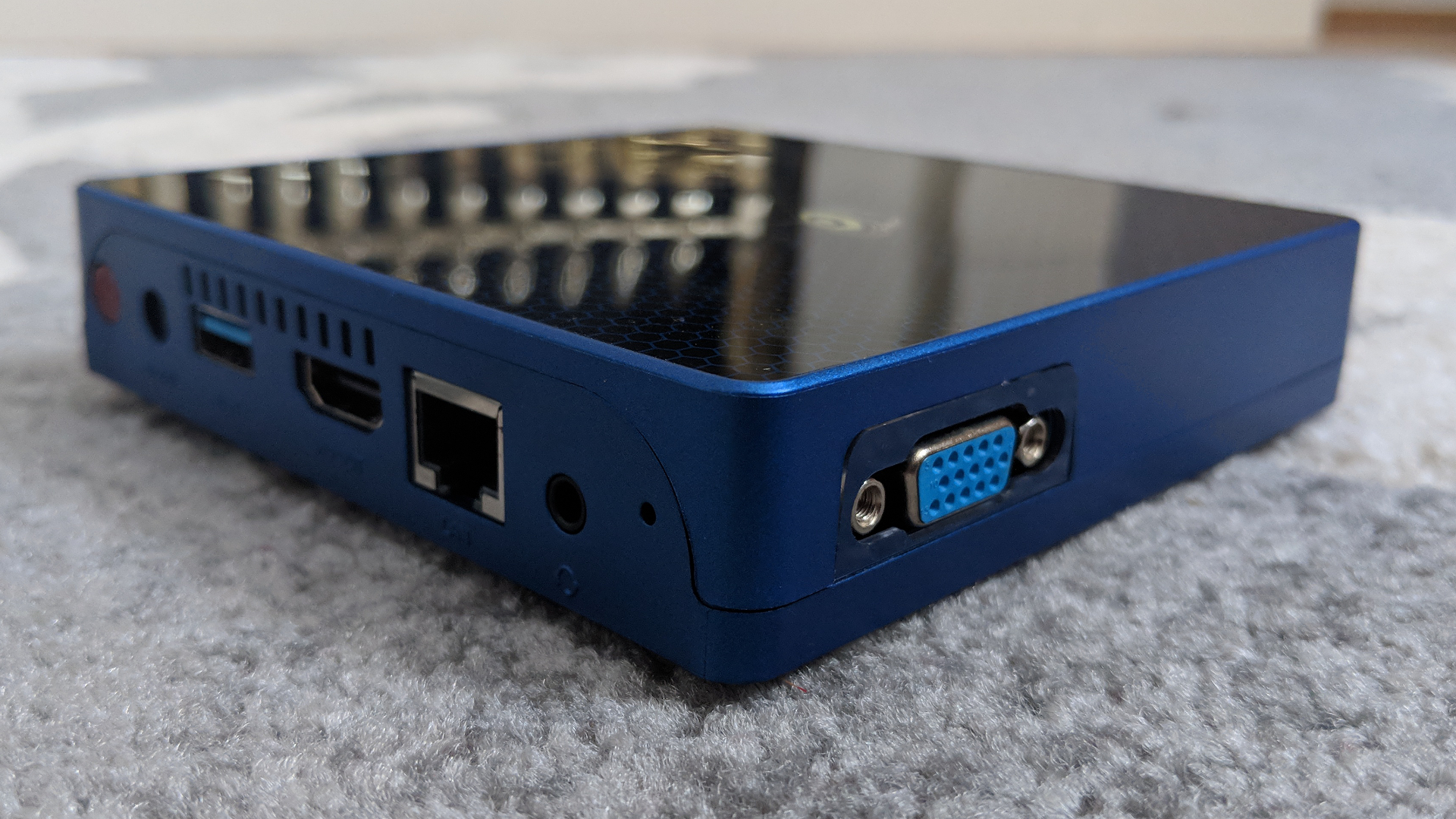 The AcePC AK1 runs with a Celeron J3455, a more powerful CPU than the N3450. It features a USB Type-C connector as well as a slot for a 2.5-inch hard disk drive, plus a cheaper price tag of $146.99 (around £113). However, prospective buyers will balk at the smaller amount of on-board memory and the 32GB eMMC storage – hardly sufficient even for Windows 10 updates.

A radically different option would be the AIWO 737A1. It is a laptop which means that it offers the flexibility of coming with a battery, keyboard and a display for $200 (around £153) – and it boasts the same core hardware as the M1 (N3450 CPU, 6GB memory and 64GB storage). Note that it use a proper SSD rather than slower eMMC memory. Of course, it lacks the extra ports and the diminutive form factor. 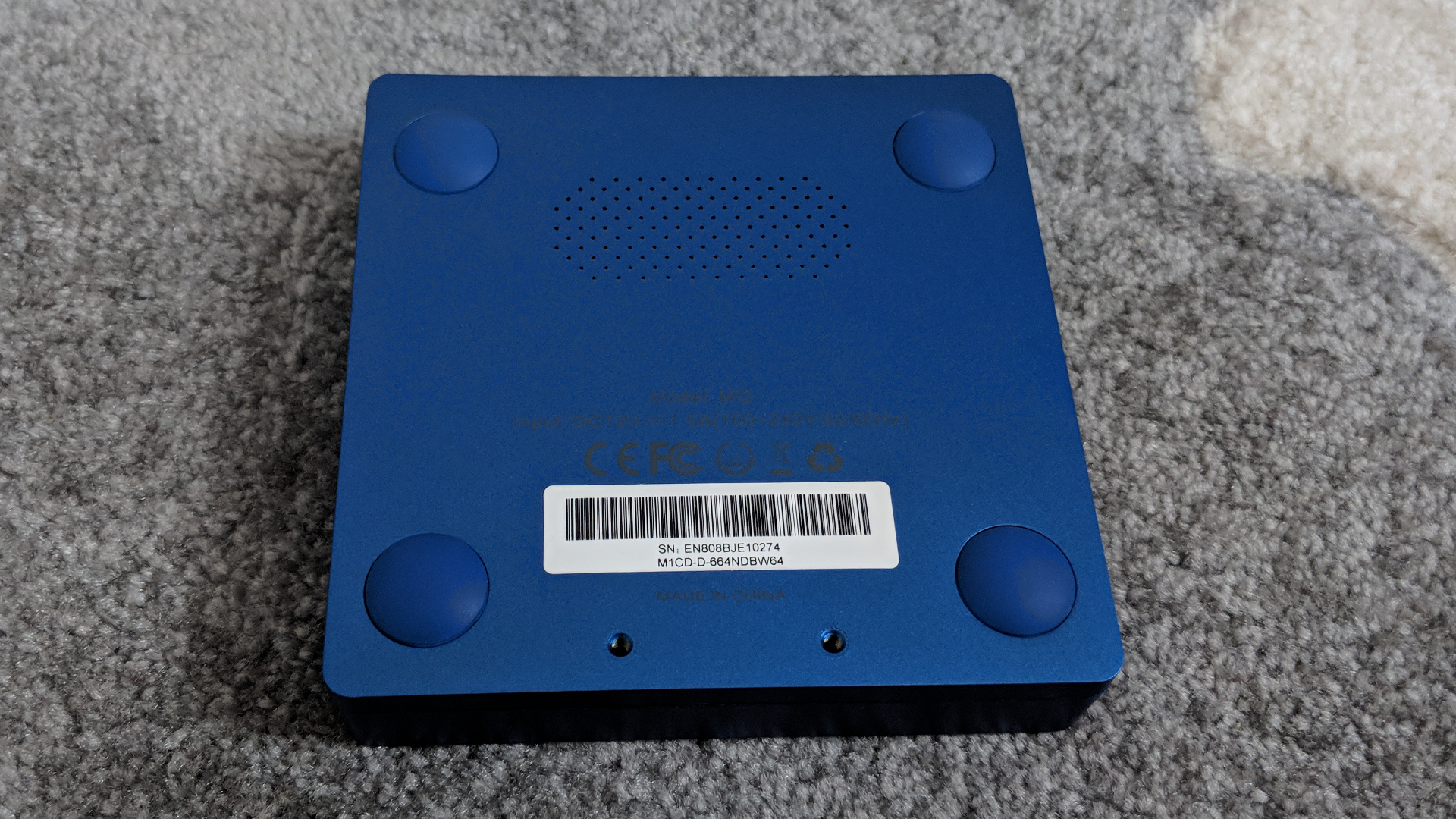 Should businesses buy the Beelink M1?

The M1 is a bit of a mixed bag. On one hand, the abysmal performance of its storage subsystem could have an impact on the user experience in certain use cases. On the other hand, it is mightily affordable, has a VESA bracket (allowing it to be placed behind an office monitor, for example), and sports 50% more system memory than rivals in this price range.

Not to mention that the legacy VGA port will be a boon for meeting rooms with older projectors or small businesses that want to invest in cheap, large HDMI-less monitors (which are currently flooding the market).

That said, we’d still root for Beelink’s own AP34 Pro, or as another alternative, the AIWO 737AI – the latter is a different beast altogether, but one that is far more versatile.